Anywhere you hang your hat is home, or so the saying goes, but the same holds true even if your cap is actually a cluster of rose-colored feathers, or even a cloche of streaky tan and taupe.  Perhaps we rarely see a House Finch (Haemorhous mexicanus) wearing a hat because once they settle on a spot to call their own, that bonnet on the wall be staying put!

In other words, this bird is as non-migratory as they come.

Don’t get me wrong… it’s true that individual House Finches leave the nest, establish a home territory, and stick. That said, the time spent between waving goodbye to Mom and Dad and putting down roots has had a major impact on the fortunes of this chipper clan. Think of it as a gap year in which the youngsters have time for personal exploration.

Most of them don’t wander too far off when they launch, but little by little, flight by flight, the species has come to inhabit nearly all of Mexico and the U.S., with the exception of the northernmost borders of Washington State east to Michigan, and a swath of Middle America that runs south from the Dakotas to East Texas and western Louisiana. 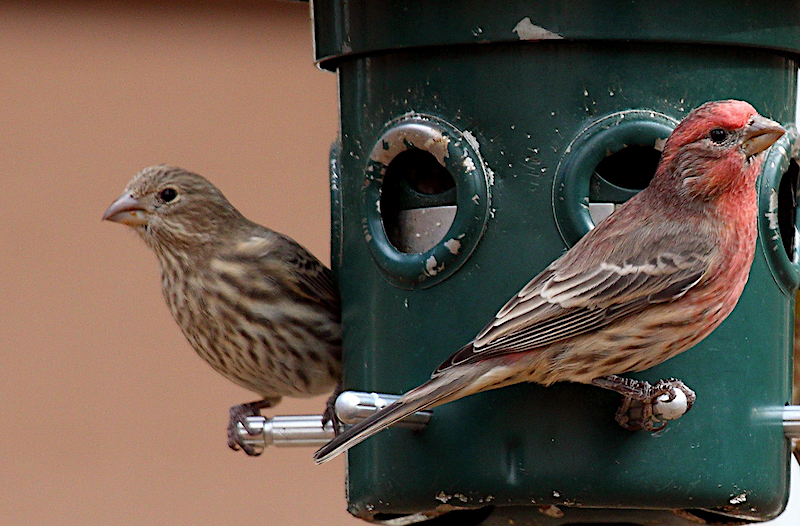 Fact is, House Finches were an exclusively southwestern species until 1870, when a group was shipped off to Hawaii. Then, in 1940, some folks looking to make a quick buck decided to capture, ship, and sell these petite (5 to 5½ in or 13-14 cm from beak to tail-tip) and long-winded singers on the East Coast. New York City was all a-twitter about these “Hollywood Finches,” as the marketers tagged them.

That caught the attention of federal agents charged with enforcing the Migratory Bird Treaty Act of 1918. Hoping they could avoid prosecution if the evidence flew the coop, so to speak, both vendors and owners released the birds “back” into the wild.

Cast out on the mean streets of NYC, the House Finches had the grit to survive in Gotham. They found one another, banded together, established a solid foothold, took a juicy bite of that Big Apple, and then went looking for new lands to conquer.

It only took about 40 years for these stalwart explorers to reach my hometown on the other side of the Mississippi River, and they haven’t stopped their westward expansion yet. Concurrently, the Left Coast contingency began to head east.

House Finches are clearly highly adaptable and resilient. They can be observed in diverse landscapes, including deserts, grasslands, savannah, riparian and wetland areas, deciduous and coniferous forests, plus they’re willing to live near humans in rural, suburban, and urban settings. Family members on both sides of the continent employ the same strategy for acquiring new acreage — stake a claim and hold it, build and feather a nest, raise up some kids, launch, repeat. 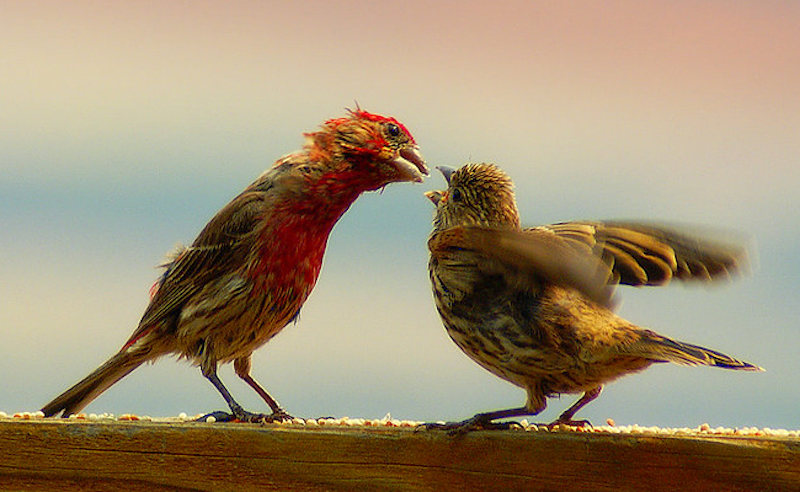 The metaphorical wheels that keep the Conestogas moving and ensures these pioneers’ success is community support. While House Finches are willing and able to displace other species, including the purple finch (Haemorhous purpureus) and the house sparrow (Passer domesticus), they’re not territorial with their own kind, even during the breeding season when other species jealously guard space, mates, and food. Rather, they’re gregariously social, at times forming flocks of over a hundred individuals.

Hey, whatever works — House Finches now occupying a substantially larger share of the map now than they did 80 years ago. Moreover, despite a steep decline in numbers during the mid-1990s, due to a respiratory and ophthalmic disease called mycoplasmal conjunctivitis (which is passed between birds at contaminated feeders), scientists currently estimate the breeding population at over 40 million.

It takes a village, or so we’re told, but that’s a metropolis! 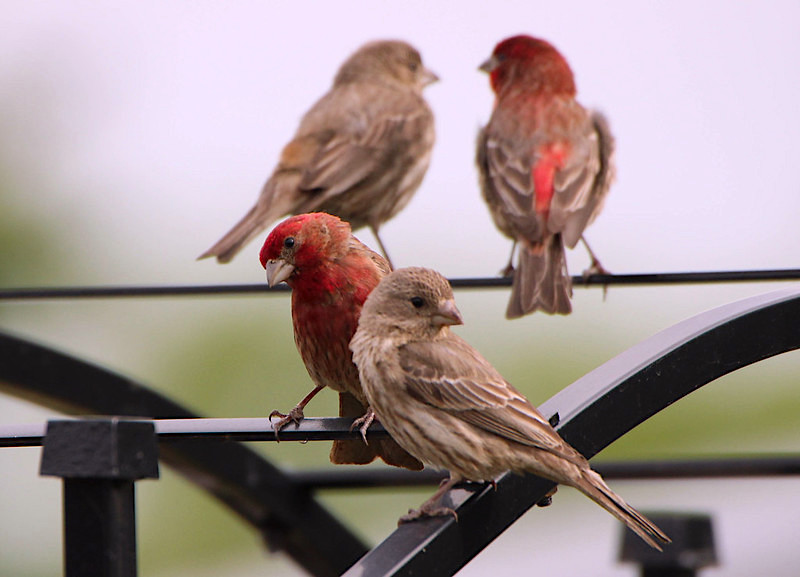