They say necessity is the mother of invention — I guess that’s why spiders found a clever way to order in, long before Kroger and Amazon began to lug customer’s grub. Not even a Costco cart is big enough to satisfy arachnid appetites but spiders rule when it comes to home food delivery. You see, it’s all about the web.

I don’t mean the Internet.

And spiders are a hungry lot. They have to eat approximately 10% of their body weight in prey, each and every day.  Humans, by way of comparison, consume on average only 2–3% of our body weight—2.5 to 4 pounds of food per day. Now, I can already hear you bellyaching, “Not so fast, Kieran! Sure, 10% may sound like a lot at first but spiders don’t weigh very much. This hardly qualifies as extreme eating.” True, even the 12-inch Goliath Bird-Eating Tarantula is significantly smaller than most people. But, believe me, 10% can add up fast.

Based on published spider censuses (yes, I assure you there are people who do this for a living), there’s an average of 131 spiders for every square meter of land on Earth. Here’s a handy visual for metrically-challenged Americans:  Think of a square kitchen table that seats 4 people. Now imagine that table top covered with 131 peckish spiders. Next, see a vista of spider-covered kitchen tables, placed edge to edge like tiles across the entire landmass of our planet.

Remember, 131 is an average so in less hospitable regions the tables will have only a few patrons, while in other parts of the world each table may have up to 1,000 spiders patiently waiting for dinner to arrive. All told, there are approximately 27 million tons of spiders hanging out in the Earth’s forests, grasslands, plateaus, and deserts, our basements, attics, garages, and kitchen tables. 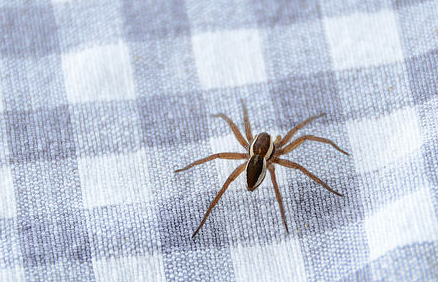 Before you shudder in horror, remember that insects are the spider-snack of choice and, consider for a moment, how buggy the world would be without these arachnid carnivores.

Scientists Martin Nyffeler (University of Basel, Switzerland) and Klaus Birkhofer (Lund University, Sweden) did just that.  They decided it would be fun to compute the global spider grocery bill and possibly add a peer-reviewed paper to their CVs in the process. They reviewed the work other researchers had done on the metabolic needs of spiders, assessed field reports on the number of prey captured and eaten by spiders, threw it all in a statistical blender, and published their calculations in The Science of Nature earlier this year. According to their recipe, spiders catch and eat 400–800 million tons of prey annually. 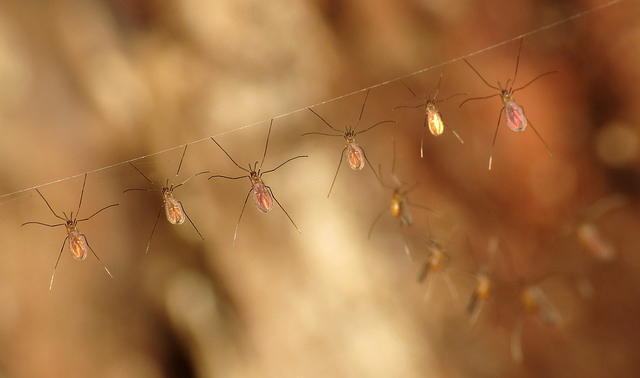 Let’s put that number in context, shall we?

Still not impressed? Every year, the combined weight of insects consumed by spiders is greater than the total biomass of every person on Earth:

There’s no doubt spiders play a significant role in managing insects, especially in forests and grasslands. The mere intimidating presence of spiders has been shown to limit the feeding behavior of some insects, reducing plant damage.

Spider prey includes insects that are of interest to humans due to their role as pests or disease vectors, but they’re not particularly helpful in managing agricultural pests.  Nyffeler and Birkhofer hypothesize that cultivated lands have less insect diversity and fewer insects overall than undisturbed lands, making them almost as unappealing to spiders as grocery stores.

Grocers must adapt to modern shoppers, though, and spiderweb technology could help capture the home delivery market! 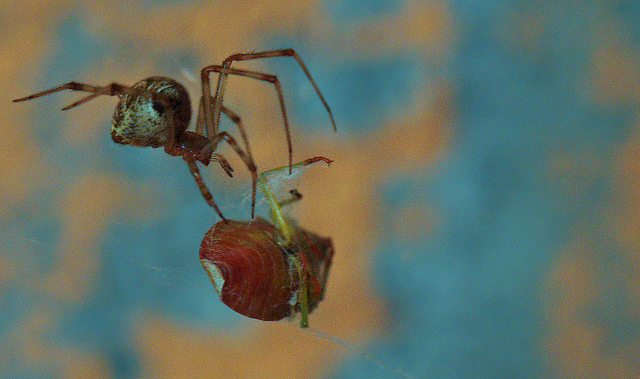