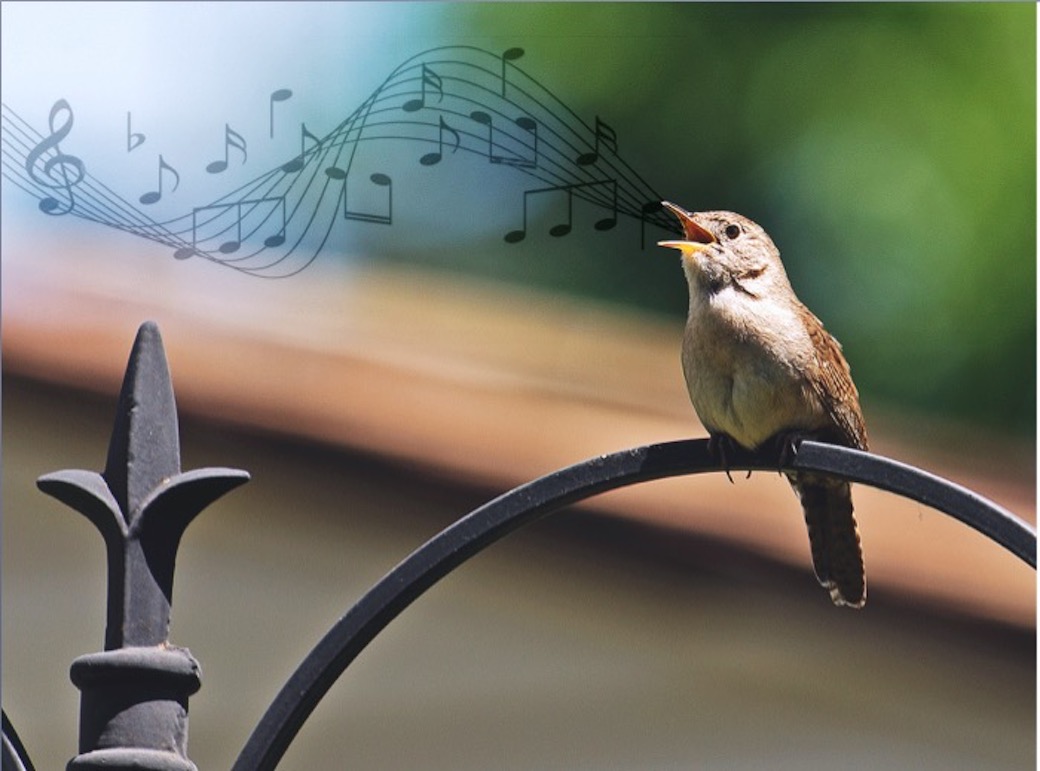 Maybe Bobby McFerrin was a house wren (Troglodytes aedon) in a previous life.

This thought popped into my mind when, after listening to On Being’s Krista Tippett interview the singer, I went out for a walk with my canine companion. We hadn’t made it too far down the sunny trail when we were suddenly drenched by a deluge of liquid notes. That vocal tsunami, pouring forth from an entirely disproportional feathered Dixie cup, stopped me in my tracks.

Like McFerrin, who is known for fluid, polyphonic singing and quick, oceanic octave jumps, the wren’s song splashed like surf on pavement. I suppose that’s why the synapses in my brain connected the two musicians.

There are definite differences between these gifted songbirds, though.

Wrens and other passerines vocalize using an organ called the syrinx, positioned where the trachea splits into two bronchial tubes. Each side of the syrinx works independently, so songbirds can produce a sweeping range of notes in fractions of a second, or two different pitches at the same time, or simultaneous rising and falling notes, all without stopping for a breath. Humans, by contrast, vocalize by sending air from the lung into the windpipe, through folds (aka vocal cords) in the larynx, and out to the throat, nose, and mouth. 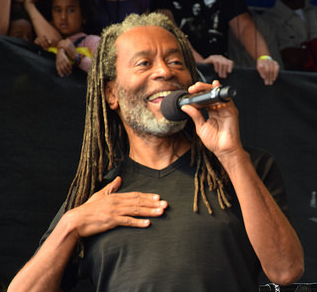 Admittedly, McFerrin often sounds as if he has a syrinx but, hard as it is to believe, he’s making all of those notes with the same equipment that came as standard accessories for you and I. It’s just that he’s playing every instrument in the orchestra, and we’re barely pecking out “Chopsticks” on a kiddie piano. His ability to switch pitch is unarguably stunning. However, even this virtuoso can’t match the speed of a wren running through the scales.

McFerrin has a rich and ever-expanding repertoire that includes pop, a capella, choral, classical, spirituals, and movie scores. Like any jazz artist worthy of the title, he is a master of improvisation, always learning, always expanding his technique, consistently creative and ready to try something new. Wrens, on the other hand, may sound like they’re jamming but they’re actually shuffling 12-16 stock syllables… kind of like a classically trained musician who learned to play from sheet music according to the rules of the conservatory… but wants to sound cool enough to swing.

You see, passerines begin their musical education when they are barely out of the egg, during a development phase known as the critical period. Listening to the adult birds around them, the youngsters tune in to the songs and calls of their own species. Once young wrens have left the nest they practice, over and over and over, dialing in the sounds until the song matches the memory. With the exception of mimicking species (e.g., mockingbirds, catbirds, and thrashers), there will be no extemporization. That’s because wrens choose a mate based on the ability to cover “their song” note for note. Some bird songs have geographic variations, sort of like regional accents, but chicks want a boy who sounds like he’s from the neighborhood, and will pass over anyone who sounds too exotic or experimental.

I’m much less discriminating, at least on that score. Bubbling, effervescent singing, whether it’s an improv by McFerrin or a house wren standard, always helps me tune out my worries… and that makes me happy.

Play both videos at once so Bobby and the house wren can duet!