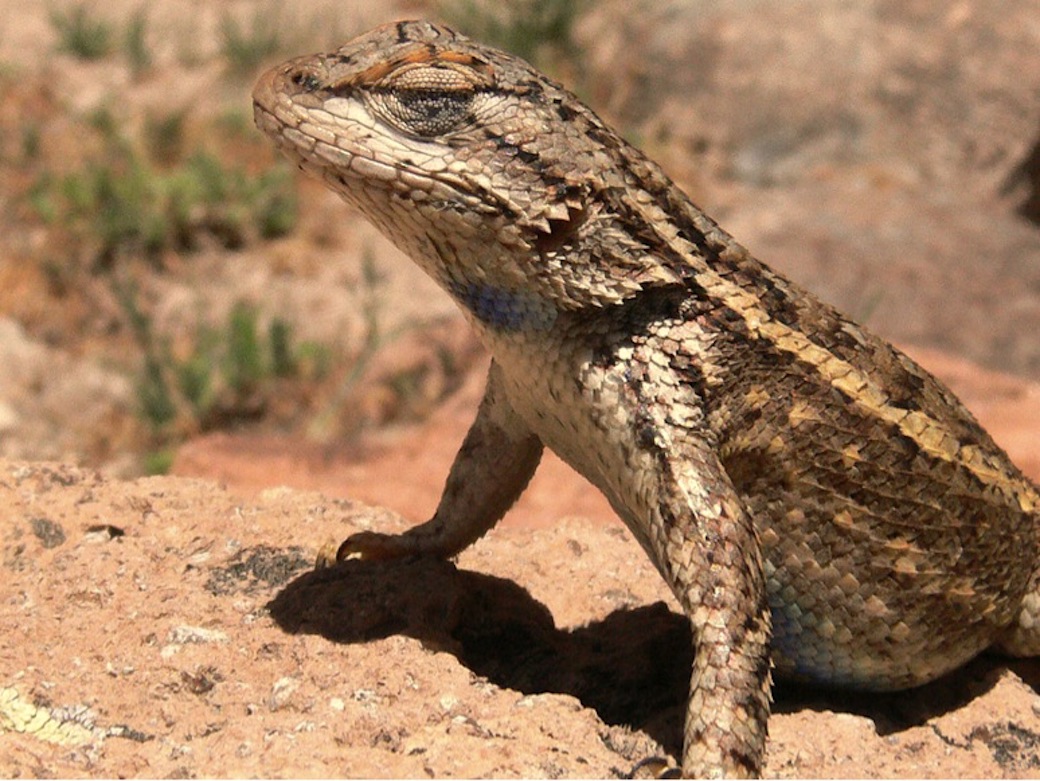 Temperatures across the southern half of the U.S. are soaring into triple digits, so I was trying to think of creative solutions to beat the heat when it hit me—why not become cold-blooded!

Alas, my brain must have overheated. Once air conditioning allowed a cooler head to prevail I realized that what seemed like a brilliant idea while baking beneath a blazing sun is absolutely, completely, utterly impossible… and not simply because mammals cannot will themselves to undergo metamorphosis.

You see, technically there’s no such thing as a cold-blooded animal (unless you’re speaking metaphorically about someone who lacks emotion or empathy).  Or a warm-blooded animal, for that matter. Both terms are shorthand for the ways in which body temperature (aka thermophysiology) is controlled in different types of organisms.

Most mammals and birds are classified as endotherms (Greek: endon = within; thermē = heat). For these critters thermoregulation is an inside job, primarily by way of metabolic processes. Under extreme environmental conditions some physical mechanisms come into play, but not solar energy (at least, not directly). If the mercury plummets and the body’s core temperature begins to drop, muscles shiver to create warmth; if the core temperature starts to rise the body perspires to cool via evaporation. No sweat glands? Pant like a dog… or birds. All evidence to the contrary, since humans are mammals, swimsuit-clad sunbathers dozing in rows on a beach or poolside with icy drinks standing at the ready are, in fact, capable of maintaining a relatively constant body temperature.

When an animal’s body temperature is strongly influenced by ambient conditions it’s an ectotherm (Greek: ektós = outside). Fish, amphibians, reptiles, and invertebrates rely on external heat sources to get their juices flowing, especially during the chillier seasons or cooler times of day. That’s why these animals can be seen basking on rocks, roads, and any other warmth-radiating surface. Then, when they can’t stand the heat they get out of the kitchen, retreating into shade, water, or underground to cool off (Sound familiar? We really are more alike than different).

Except when they aren’t.

It’s the exceptions that make the rule, right? Let’s begin with the usual ectotherm suspects. According to one source, 2% of invertebrates are endothermic. Regrettably, the informant failed to name names but, in spite of the fact that spineless animals are not my strong suit, I did managed to chased one down—snails and slugs (Oops, that’s two… and “chased” may be overstating things).  Fish, being vertebrate species, are my regular beat so I can state with certainty that billfish (e.g., sailfish, marlins), tuna (Scombridae), one family of sharks (Lamnidae, including makos and whites), and one species of mackerel (Gasterochisma melampus) are endothermic… at least to some degree. I’ve yet to find a reliable report of an endothermic amphibian, but among the reptiles sea turtles exhibit both ecto- and endothermic traits. 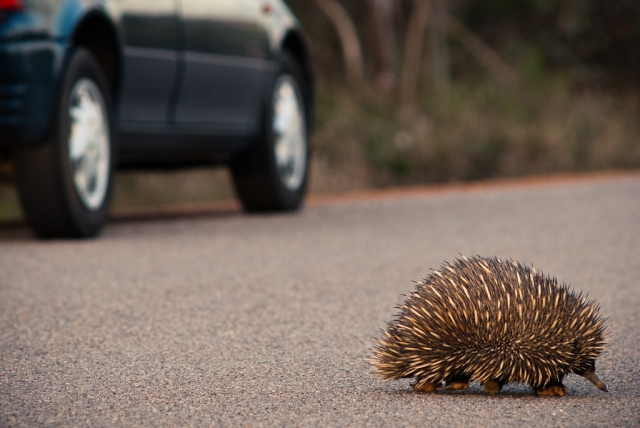 Moving along to the endothermic exceptions… Hummingbirds (Trochilidae), swifts (Apodidae), and common poorwills (Phalaenoptilus nuttallii) all experience periods of lower body temperature and metabolic rate; therefore, some biologists argue they have ectothermic traits. Additionally, there are mammals—certain rodents, a couple of lemurs, and many bats—that enter hibernation or estivation in response to low temperatures or drought, respectively. Then there’s the echnidna (Tachyglossidae), a “primitive” mammal from Australia that’s an ectotherm eleven months of the year and an endotherm during the month when it lays its eggs (Yes, eggs. If you like rule-breakers Australia is your Mecca. In the interest of time and space, though, we’ll have to save monotremes for another day).

What I’ve presented above is a fairly simplistic description of thermophysiology.  Why stop there? Because a more thorough treatment would require a good deal of nuance and a complicated discussion of sub-categories, not to mention a stiff drink (the current temperature is 99°F and rising—make mine a frozen margarita).  But since it’s so hot I’ll go ahead and venture past a toe in the water… up to my knees, but no further. 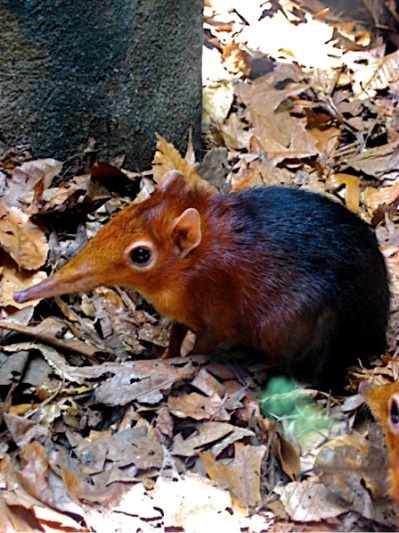 One subset of the endotherms are tachymetabolic (Greek: tachy = quick), organisms with a consistent and extremely high metabolic rate. Shrews (Soricidae) are a perfect example—diminutive beings with massive appetites, their metabolic rate is at least five times that of similarly sized ectotherms. Being able to snack non-stop and still rock a bikini probably sounds too good to be true. It is. Finding a constant supply of calories without access to fast food and grocery stores is no picnic. Bradymetabolic (Greek: brady = slow), which could easily be mistaken for bipolar disorder, is no bed of roses either. These organisms swing wildly between a high (when active) and low (when resting) metabolism, usually based on either external temperatures or food availability. (If you think someone else has got it better, rest assured you probably don’t know the whole story.)

As biologists refine our understanding of how bodies work, language evolves and once popular terms like cold-blooded fall from favor. Popular stereotypes suggest otherwise, but scientists are not completely immune to trends. When I was an undergrad, for example, the preferred word for organisms influenced by changes in ambient temperature was poikilotherm (Greek: poikilo = varied, irregular). Although still useful for making distinctions between types of ecotherms, the term is used less frequently now and may be on it the way out.

C’est la vie. Styles change, in both the lab and on the beach (Thankfully. I’m old enough to remember when Speedos were all the rage in men’s swimwear). I’d be willing to bet, though, that most Earthlings won’t give up sun worship any time soon. Chillin’ in a sunbeam feels too good, whether you need it or not (at least as long as there’s a pool nearby).

2 thoughts on “Hot and Cold”