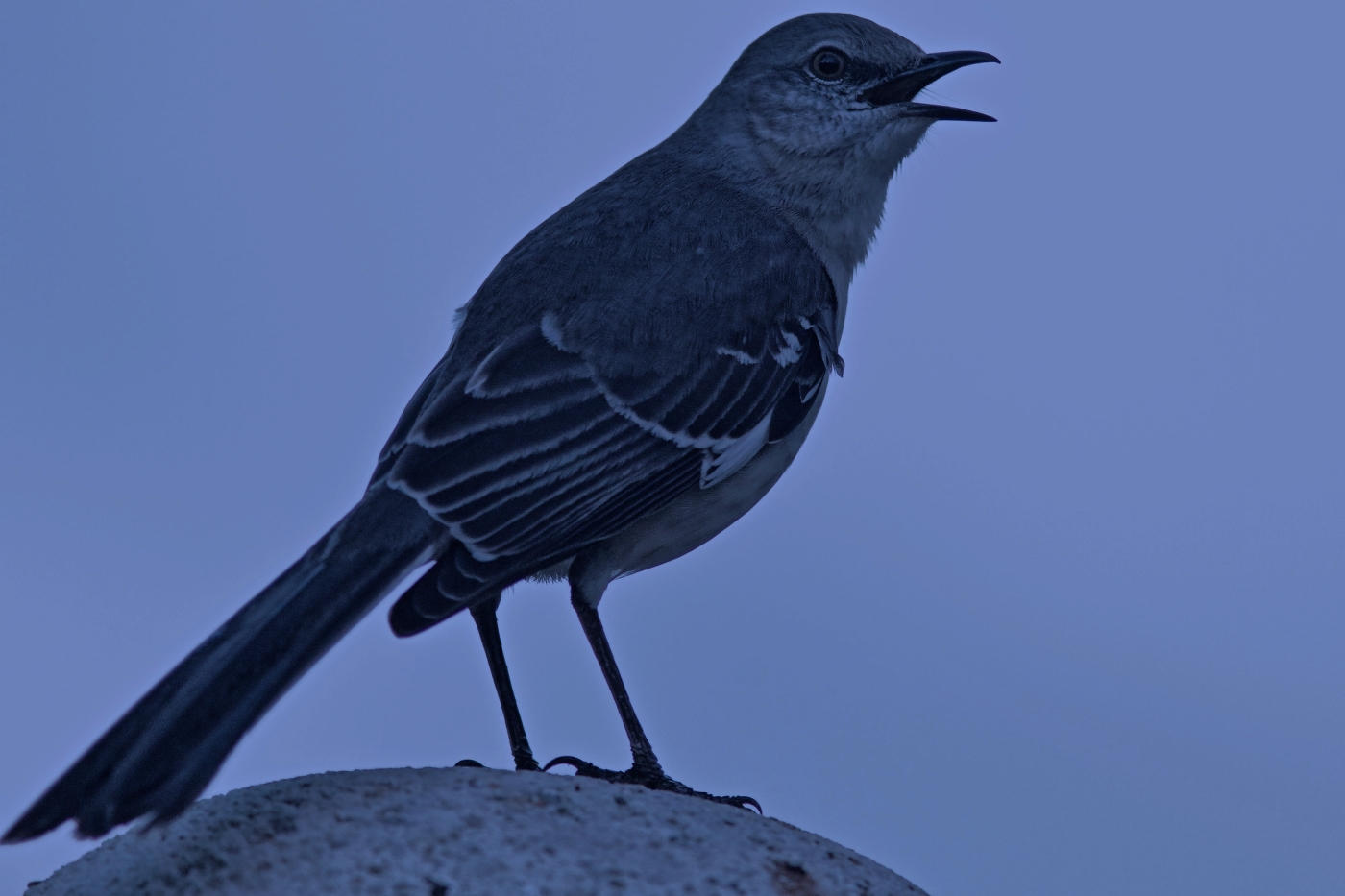 The melody seeped into my REM cycle, making me just lucid enough to believe someone was singing a cappella outside my window. But my sleep-clouded brain couldn’t make out the words and I didn’t recognize the voice either. Besides, who would want to serenade me?  Slowly, as I became more conscious, it dawned on me that although this was definitely a love song, I was not the target audience… 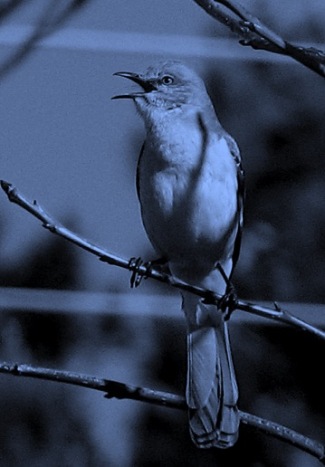 or even the target species.

When awakened by birdsong it’s natural to assume that its the dawn chorus, even when it feels like mere minutes since your head hit the pillow, so as I surfaced from beneath the quilt I winced in anticipation of bright light.  The singing blared like a spotlight but the room was dark as a theater just before the curtain rises. That caused a moment’s confusion, followed by a quick glance at the alarm clock — 1:40am. Immediately, I was certain of the vocalist’s identity and his predicament as well: a young male Northern Mockingbird feeling lonely, or maybe just randy.

Mockingbird men can’t rely on flashy plumage to catch a potential date’s attention; both males and females share the same understated but distinctive gray-scale wardrobe. But this bird’s name says it all — Mimus polyglottos or ”mimic of many tongues.”  The norm among songbirds is to have a brief window of opportunity during youth to learn the species‘ soundtrack. The boys will use that imprinted tune later to practice their pickup lines, while the girls keep that childhood template in mind when it’s time to find a beau who’s just like dear old Dad.  Mockingbirds are not one-hit wonders, though. These guys are always expanding the repertoire, learning as many as 200 songs over the course of a lifetime, and the dolls eat it up like candy… make that crickets. 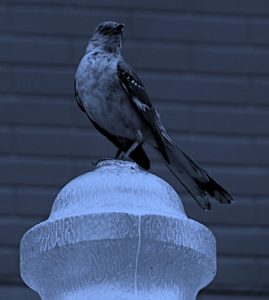 Males leave their winter habitat and begin hitting the happening hook-up spots in early February, attempting to establish a territory before the females arrive.  Once a fellow finds this season’s significant other he’ll turn down the volume and his songs become shorter. Female mockingbirds sing, too, although not as loudly as the males and seldom during the breeding season. Unpaired males keep singing, almost to the point of obsession, belting out ballads and looking for love until late in the season, and late into the night.

Which is exactly what was going on outside my window this morning.

I’m a fan of birdsong and also a pretty empathetic person, so my heart did go out to that poor single-minded, solitary soul pouring out his plight from high atop a tree outside my window.

At the same time, I really wanted to have a word with that bird. “HEY, Sinatra! Yeah, that’s right, I mean YOU!  Happy hour is over, buddy, and it’s closing time. Go home, get some shut-eye, and let the rest of us sleep, too!”

From what I hear all the hot chicks are on Tinder now, anyway. If this night music keeps up I may have to drop a bug in his ear.