Obviously, she hasn’t looked at the calendar recently or Mother Nature would know the vernal equinox has come and gone, and there should not be tiny snowflakes drifting past my window on this grizzled April morning. It’s enough to make a gal want to hibernate a while longer. Crawling back into my quilted den, thoughts turned to ursine sleepyheads cautiously probing the air with a fur-covered nose, vacillating, as I am, between warmth and a grumbling stomach.

The abdominal alarm clocks of American black bears (Ursus americanus) are beginning to clang. Further north and west, the bears settled in to snooze 6-7 months ago. Because fall foods such as acorns, hickory nuts and beechnuts, and other high-calorie treats are usually more abundant on my side of the continent, East Coast bears don’t tend to head for bed until November or December. The night owls of the family, they may be light sleepers as well; Virginia winters are comparatively mild, so during warm spells bears may rouse and emerge to forage.

There used to be some debate over whether or not bears actually hibernate, although that particular argument seems to have been put to rest. When ground squirrels and other small mammals hibernate, their body temperature drops to near freezing. When hibernation was defined solely in terms of temperature reduction, bears did not qualify as “true hibernators.” Once researchers discovered it’s a depressed metabolism that drives the temperature loss, and that bears do undergo significant metabolic changes that allow them to den for over 7 months without eating, drinking, or producing liquid and solid waste, our understanding—and definition—of hibernation changed; it now includes bears.

Dr. Michael Vaughan, a professor in the Department of Fish and Wildlife Conservation at Virginia Tech and Director of the Virginia Bear Research Center in Blacksburg, dreamed of learning even more about hibernation and how it might offer clues to improving human health. When people are sedentary due to an injury, illness, or even space travel, it can lead to osteoporosis. Bears, on the other hand, experience some bone loss during their long periods of inactivity, but they also continue to create bone. By examining the hormones that play a key role in bone formation and breakdown, Dr. Vaughan and his team are trying to unlock the bears’ secret to keeping bone cell production on autopilot during bed rest.

How can bears nap for so long without heading to the refrigerator (which, in the case of a bear, would be the great frozen outdoors beyond their den) with a case of the midnight munchies? By following the Boy Scout motto: Be Prepared! Many Homo sapiens have to work hard to keep from gaining weight, but it’s a different story for Ursus. They can’t just saunter up to the counter at McDonalds® and start super-sizing. Even for urban bears, who have access to restaurant dumpsters, it can be a challenge to pack on enough fat stores to survive the deep sleep. A male black bear needs to gain as much as 30 pounds per week, so autumn preparation consists of attempting to consume 10,000 to 12,000 calories—the equivalent of 18-21 Big Macs®—per day.

Compared to that, motivating myself to throw back the covers with the promise of French toast for breakfast sounds downright… slimming. 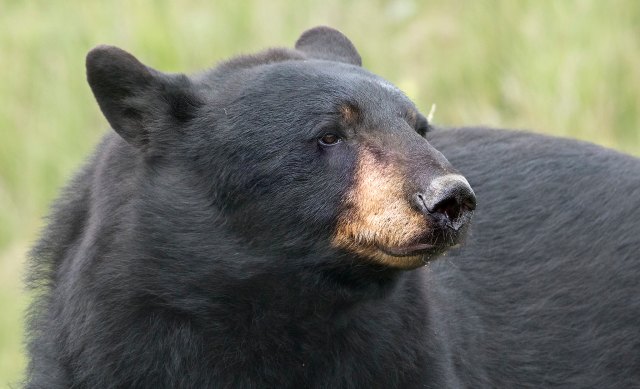