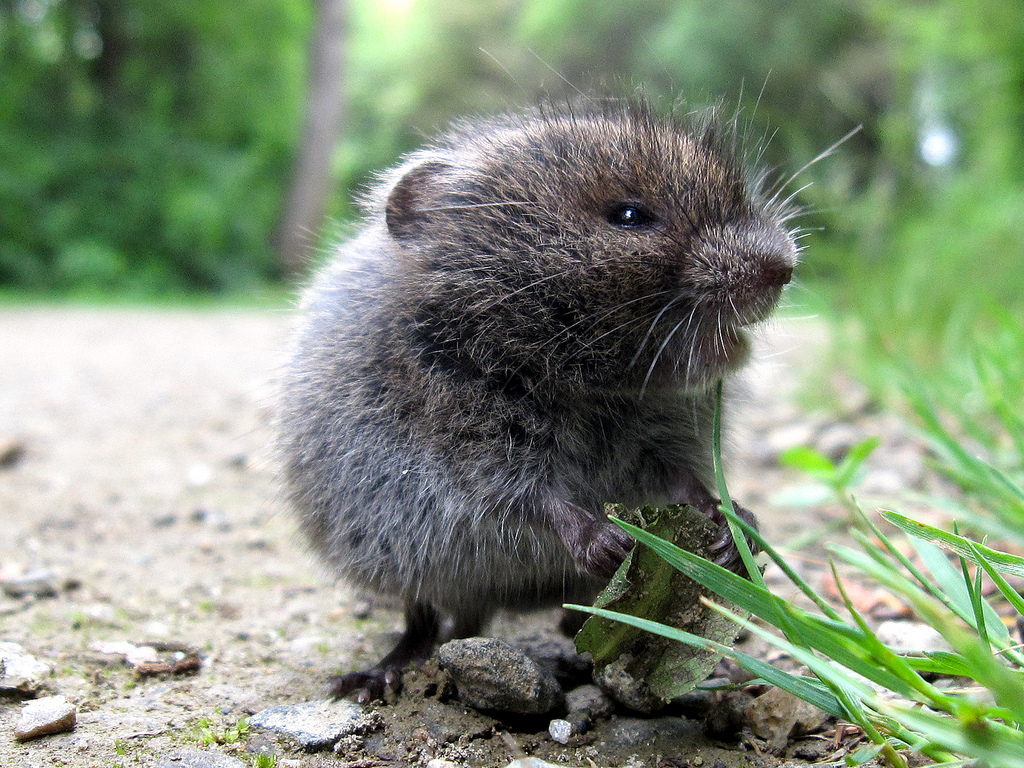 Winter weekend mornings are perfect for catching a little extra shut-eye, but my fur-covered drill sergeant thinks it’s important to rise and shine on schedule, seven days a week. I can’t seem to dissuade him from this mindset.

There’s a snooze button on clock radios and even on my iPhone, but wire-haired fox terriers don’t come with that feature as standard equipment. Snug in my blanket burrow, my sympathy for small, ground-dwelling creatures is renewed every time Dash excavates me from beneath the covers and insists, “GET UP! It’s time to OPEN YOUR EYES!!”

Once we’re out the door he begins to search in earnest for that one perfect piece of real estate on which to make his mark. This takes some time—Dash has strong feelings about the importance of a job well-done—so as we mosey along, I often find myself absent-mindedly scanning the terrain as well (although I use my eyes instead of my nose, and not with the same objective).

We had a warm spell in Southwestern Virginia this past weekend. The glaciers that formed when snowplows cleared the parking lot after the last storm had nearly disappeared, so there was more to see than just an expanse of dingy white. That’s when I noticed etchings in the dun-colored grass near the pathway. 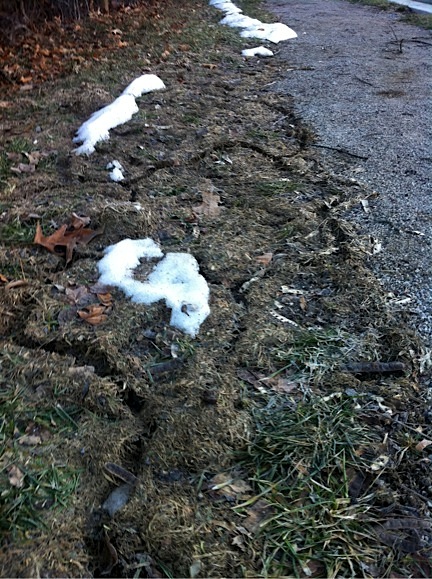 At first I thought the scribbles were the result of melting ice, but somehow that didn’t feel right. I took a closer look… 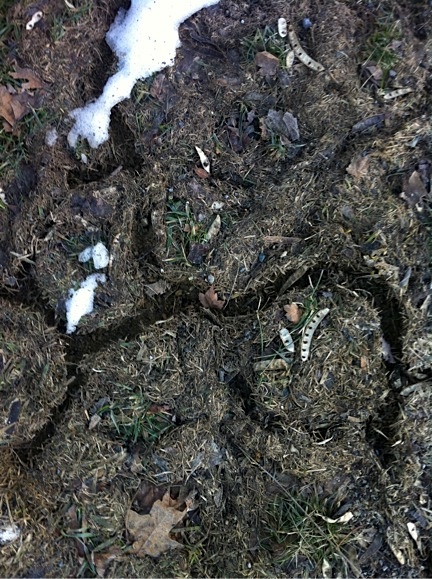 …and began to develop a hypothesis:  meadow voles. But if a vole was the engineer behind this winding road, where was the signature grassy-igloo nest? 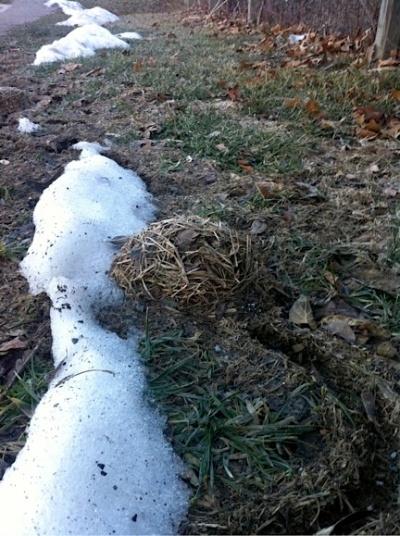 Aha—I knew it! And not just one… there was a second nest.  I could read what had happened as if a book lay open before me. A heavy blanket of white stuff gets shoved over the curb to form a snowy fortress, just waiting for an intrepid rodent willing to do a little mining. Food and building materials close at hand, there’s no need to venture out into a world filled with hungry predators.

Meadow voles (Microtus pennsylvanicus) claim many an alias: meadow mice, field mice, round moles, meadow moles. They are neither moles nor mice, but they are closely related to the latter. Moles are insectivores. Mice and voles are rodents, and there are physical similarities. Voles have shorter legs and tails than mice, but it’s dentition—their teeth—that caused mammalogists to set them apart from others gnawers. The upper cheek tooth row is relatively long compared to other rodents, and the third premolar has some distinguishing characteristics.

(Taxonomists are a crowd that believes the key to life is in the details.)

As soon as Dash finished his business, I dropped him off back home so I could take a closer look—you can’t sneak up on a rodent with an inquisitive terrier in tow. Camera in hand, I examined the carefully arranged, perfectly spherical, palm-sized mound of dried grass and wondered… had the nest become a nursery? Had the vole family tree added another branch? I listened carefully, but if a creature was stirring it wasn’t loud enough to register in my ears. The weather forecast for the following day called for a precipitous drop to more seasonal temperatures… would the nest prove warm enough without its outer ice-cave shell? 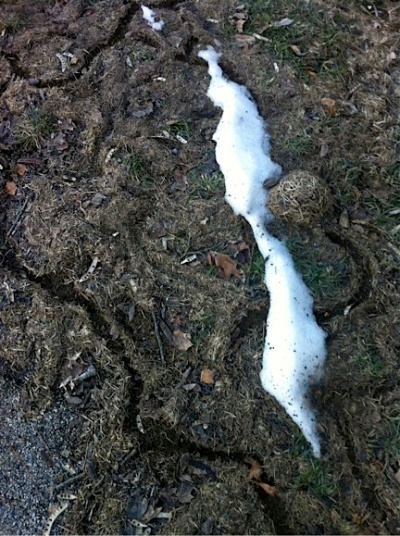 Oh, who was I kidding? I’m a woman of the natural world and I could see the writing on the sod. What had once been a well-camouflaged hideaway now looked like a treasure map for predators. If the other companion canines in our neighborhood overlooked these nests while on their quest for bladder relief, it’s unlikely the raccoons, opossums, and even tree squirrels in the woods just beyond the pavement would be so clueless.

I’m a tender-hearted soul, I’ll admit. But I’m also a biologist, and therefore an equal-opportunity empathizer. I hate to think of those vulnerable pink babies being gobbled down, but I wouldn’t like to see a starving raccoon either. Some creatures die so other may live. It’s the way of this world.

But while they are alive, in the course of going about the business of living, voles make a unique if fleeting mark on the world that can be discovered and appreciated by anyone who will open her eyes.